GW2: My Hopes and Fears of PvP (will it really be different?)

For the FIRST time ever I am actually excited about PvP. I admit that I don't have a lot of experience. And most of it was really bad (as in WoW pvp twinks pwning my ass anytime I tried the battlegrounds, or random ganking during PvE). 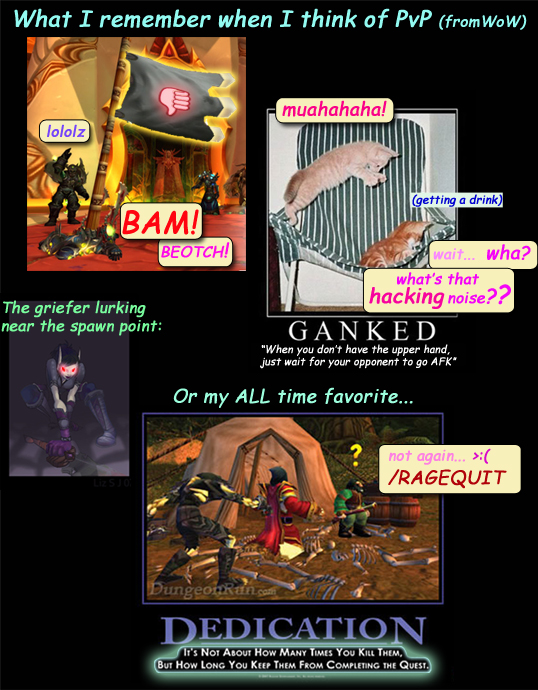 I wasn't fortunate enough to have enough friends/people willing to group with me in the battlegrounds. I was never able to practice anything worthwhile. There is a big difference between performing a certain way vs just reading how to do it...

So why should GW2 PvP be any better??

And a BIG reason that WvWvW makes me so excited is because of all the fantasy books I've been reading... so many EPIC fantasy war scenes! (check out my /FAV reads tab at top of page) 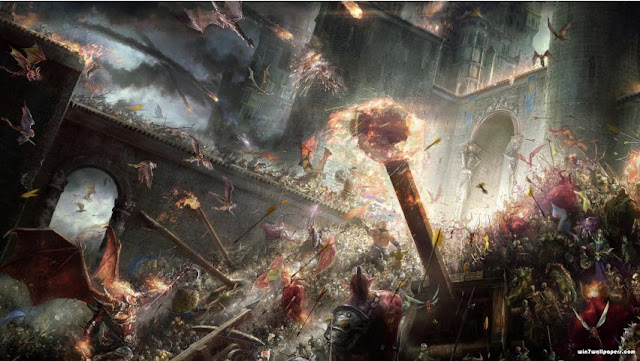 Well here's to hoping that GW2 delivers @ release! Don't even get me started on how disappointing a few previous MMOs have been... >:( They had so much potential and totally flopped *Ahem.. FF14*


What do YOU think about GW2 PvP? Do you have any memorable experiences from beta that you would like to share? Or if you have any more insight (or even corrections) to my impressions of PvP, please share!

TIPS + TRICKS to prep for an MMO release!

*TIPS and TRICKS* to prepare you for your (if you are lucky, all night) game sessions! VIP ITEMS @ BOTTOM OF LIST (in color)!  And just for fun I checked off the typical items that I would use.

Lastly, although you cannot buy or guarantee this, you gotta HAVE PATIENCE!

Thanks for reading! <See you again!>
~Serenity
Posted by Unknown at 00:36 6 comments:

Hello and /welcome to my blog!

It just so happens that on the same day that I decided I wanted to start a new blog, I found out about NBI and it gave me that last boost of confidence I needed to give it a go! And /cheers to all the new bloggers. We CAN DO IT! =)

I guess you could say I am an MMORPG enthusiast ^_~ I used to consider myself a "hardcore" player but sadly (or fortunately lol) my life does not allow for insane amounts of gaming anymore. Because I am a new mother! @_@ And now a new blogger! And soon to be playing a new MMO!! 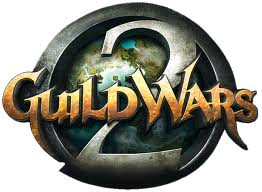 My hubby is responsible for converting me into a "gamer-girl" at the young age of 18 (haha). I was introduced to FF11 and was deeply involved (12+hrs some days) for a fun 4 years (2002-2006). It was goodbye social life! And I'm still sorry to Mom & Dad for all those days I was missing lol. I played plenty of video games when I was younger, but I never could have imagined the hold that living in an MMO had/has on me. Especially the FIRST one!! You all know what I mean...

It's that hunched forward on the edge of your chair  excitement... it's that "GOTTA book time off work to PLAY at release"  anticipation... it's that  "HONEY lets order in again tonight" infatuation...


Aaaahh  how sweet it feels. I've been chasing that feeling through too many MMOs after that first one. And most have been disappointing. I've had a few tastes since, but they were short lived, a couple of months if I was lucky. Oh, except for GW1 and WoW. I did spend a pretty fun couple of years between the two  (2006-2008). But it has been roughly 5 years since then of anti-climatic starts and failures of these games (AoC, FF14, LoTRO, RIFT, almost SWToR, and Warhammer) that turned me away from gaming for quite awhile. Instead I buried my disappointment in the usually gratifying world of reading! And there I have been for most of 2010, 2011 and 2012.

My /reads to date are here if you are interested: HERE


Sooo... pls do share! What was the first MMO that enchanted YOU (did it influence your life like mine did)? Do you have a lengthy list of MMOs too? Are you still a resident of any of those worlds? AND ARE YOU GONNA PLAY GW2!!? ^_^

Before I go, I would like to share one of the best tips I found to starting a new blog:

"Compose at least 5-10 posts (even rough drafts) BEFORE starting your blog. This way you will have a few posts to publish right away and can save some for back up in case you are having a rough week or writers block or whatever else."


And so I am off to follow this great advice. On to articles #2 and up!

Thanks for reading! <See you again!>
~Serenity
Posted by Unknown at 00:32 4 comments:


The most recent MMO that I had a lot of fun in was FFXIV. Unfortunately it didn't last longer than 20 levels at which point we were convinced there was nothing more to look forward to except a sloooow grind to max level... and even crafting was bunk. BUT the first while was exciting and memorable, so I kept these pics to remind me of the potential the game might have once it has been remade. That and I am an ex-FFXI player who was in love with the idea of the game being more like FFXI 2.0.


Well it was emergency maintenance (AGAIN @!$@#$%) and it had left me with a little LOT of spare time, so I figured, what the hey? I should post some random pics just for fun while I wait! And I then added commentary to liven it up. These pictures are some of my more memorable moments (actually most of them tbh lol). 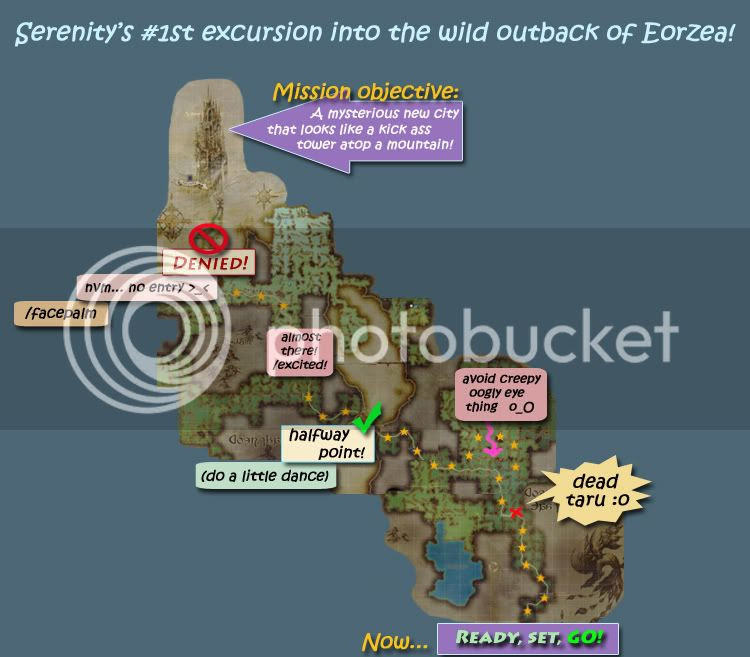 I found out later that the mysterious city is Ishgard ^^ New "Jeuno" ? I wasn't sure it was accessible yet although game the game was released. My main was only lvl 10 at the time and seeing as we didn't even have access to chocobos yet... >:( .. I was in for quite the hike on foot. It was time to explore!

And along the way to Ishgard: 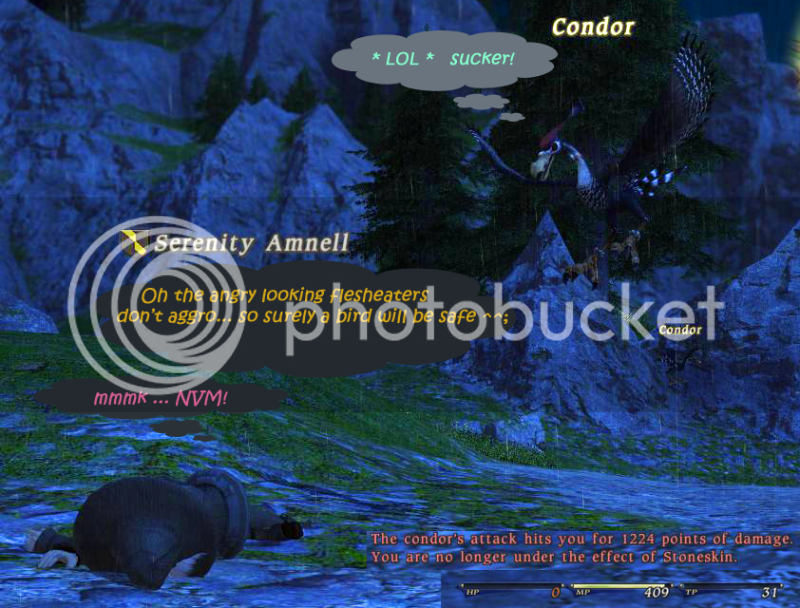 Now just some other random SS of fun and death :) 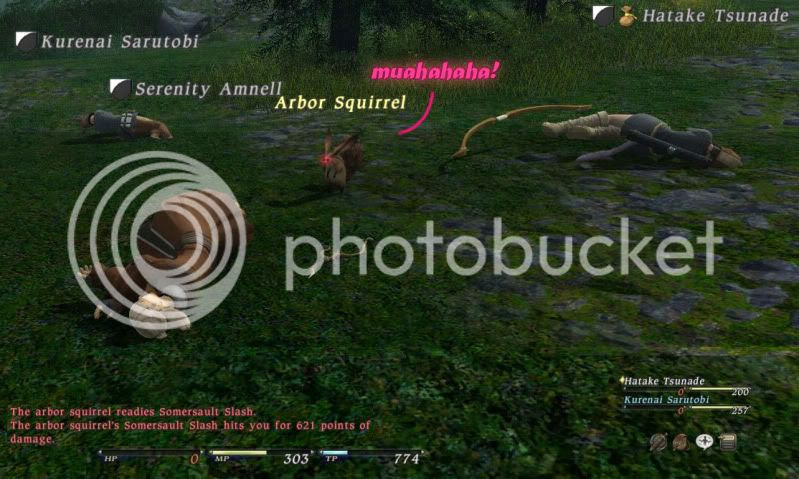 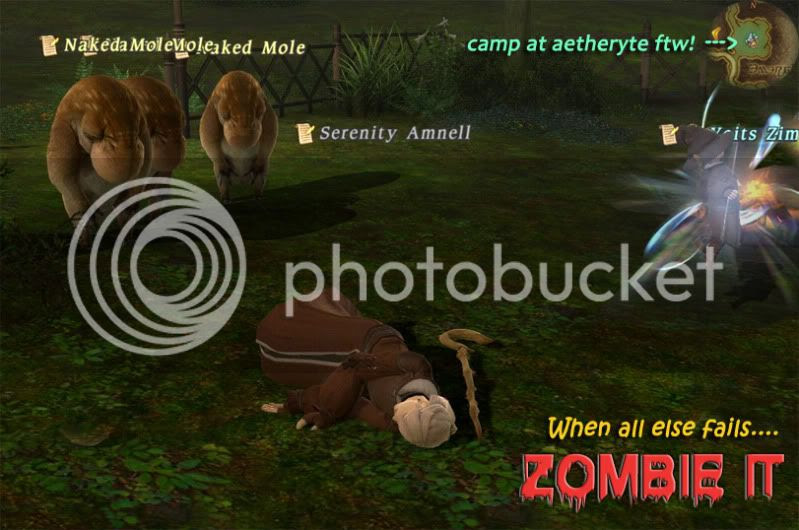 I wonder how this guy got = in his name? 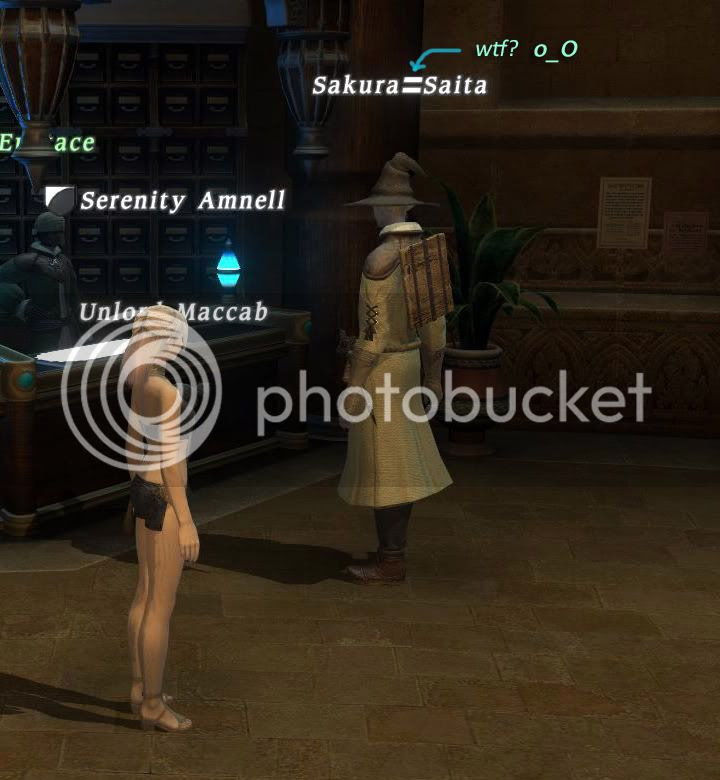 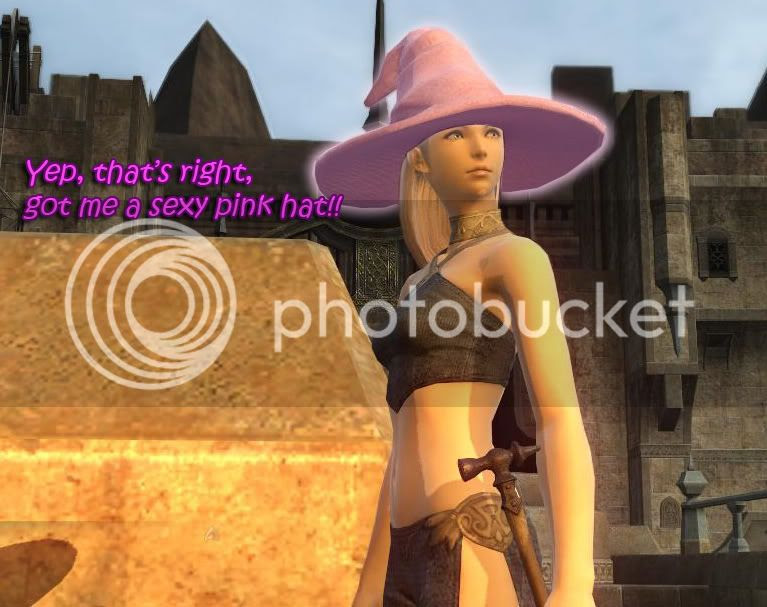 Yeah that's right, a pink hat got me pretty excited at that point in the game... there really wasn't a whole lot to get excited about when FFXIV was released. (Hence why they are remaking the game lolz)

Thanks for reading! <See you again!>
~Serenity
Posted by Unknown at 22:05 No comments:

The name of a new blog (or website) is never easy to invent. You want something that is eye catching/attention grabbing. And that makes sense with the theme of your site. When I decided that I wanted to start a new blog, I was excited to get start NOW! I didn't really think on the name very long. But in the end I came up with a simple play on words (though it might seem silly to some, I think it's fun).

Thanks for reading! <See you again!>
~Serenity
Posted by Unknown at 10:02 1 comment: